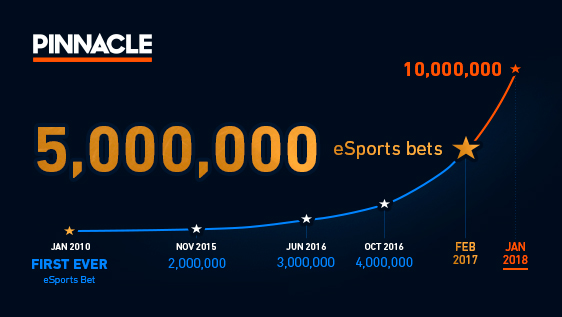 eSports betting is now mainstream. The first eSports bet was taken by Pinnacle in 2010 and it was only last year that they passed the three millionth wager mark. Two million bets in less than six months demonstrates a growth curve no other betting market has ever matched. 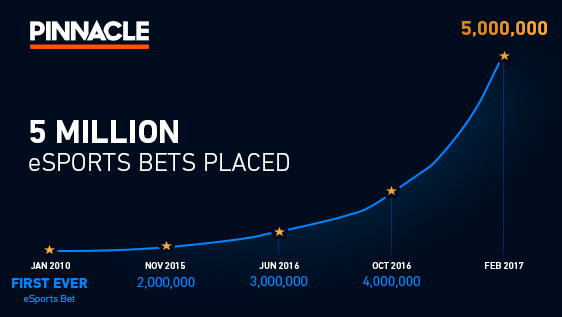 In just over six years Pinnacle has nurtured the budding eSports betting industry into a significant market, bypassing Ice Hockey by bet count towards the end of 2016. It’s fitting that the five million wager mark was passed on such a significant milestone of the traditional sporting calendar and soon after being awarded the ‘ESports Operator of the Year’ Award by both EGR and SBC.

Wagering is available across all major eSports including League of Legends, CS:GO, Dota2 and Hearthstone at Pinnacle’s eSports Hub. Games like Overwatch and FIFA are challenging every year but the big four simply adapt and thrive accordingly to create an ever growing and adapting wagering market. If the current trend line continues, Pinnacle will take its 10 Millionth bet on eSports sometime in January next year.

Pinnacle has also taken a lead in curbing match fixing in eSports betting and grasped the opportunity to bring safety, security and integrity to the market. This has helped create a more responsible platform for the eSports betting industry – a collaborative approach linking consumer and commercial needs in a way in which eSports fans can bet with peace of mind. 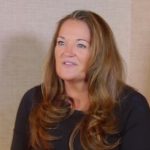 “When Pinnacle accepted the first ever bet on eSports in 2010 none of us knew if it would be a one hit wonder or could turn into something bigger. 5 million bets later, our expectations have been exceeded – I think it’s fair to say we’re at the forefront of the most exciting and fastest growing betting markets.”