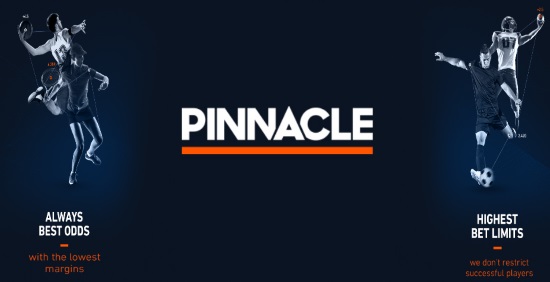 Great news for UK bettors and affiliates in the New Year. Pinnacle has applied for a gaming license in the UK and is expected to offer their unique betting services to British bettors in 2017.

Ever since Pinnacle left the UK betting market due to tax reasons in November 2014, the gap that the bookmaker with the unorthodox ‘winners welcome” approach was never filled.

What would Pinnacle’s return mean for UK bettors?

What makes Pinnacle different to mainstream bookmakers is that their business model is based on risk management rather than incentives.

Pinnacle’s risk model is based on maximising volume and it is therefore irrelevant whether an individual player is winning or losing.

A visit at Pinnacle’s website is enough to give you an idea of what that looks like.

It is no secret that bookmakers track players who make profits consistently and limit or close their accounts. With Pinnacle returning to the UK soon, there is no reason for UK based customers to worry about this anymore.

That is the reason behind their eyebrow-raising tagline ‘Winners are welcome. Successful players sharpen our odds’, that keeps both UK bettors and affiliates alike in eager anticipation of the big day.

Pinnacle – eSports Operator of the Year

The alternative bookmaker, who relies on pricing to attract customers, recently rebranded themselves and expanded their offering in new exciting markets with results that did not go unnoticed.

The company accepted their first bet online in 1998 under the official name Pinnacle Sports. 18 years later, in June 2016, the established bookmaker changed their household name to Pinnacle after acquiring the pinnacle.com domain name.

As part of their fresh approach, they put extra emphasis on the up and coming eSports betting markets. Their efforts were recently crowned with success when Pinnacle was named eSports Operator of the Year at the 2016 EGR Intel awards.

At the beginning of 2016, Pinnacle’s Trading Director Marco Blume, announced:

Upon winning the eSports Operator of the Year award, the Trading Director said:

When will Pinnacle enter the UK market?

Although the acquisition of the UK license and the official date of entering the market is yet to be announced, their regulatory expansion is now seen as a matter of time.
After being awarded a license in Malta in March 2015, the UK license application is expected to follow the same track. Once that is complete, it wouldn’t be a surprise to see Pinnacle expanding further into European regulated markets.