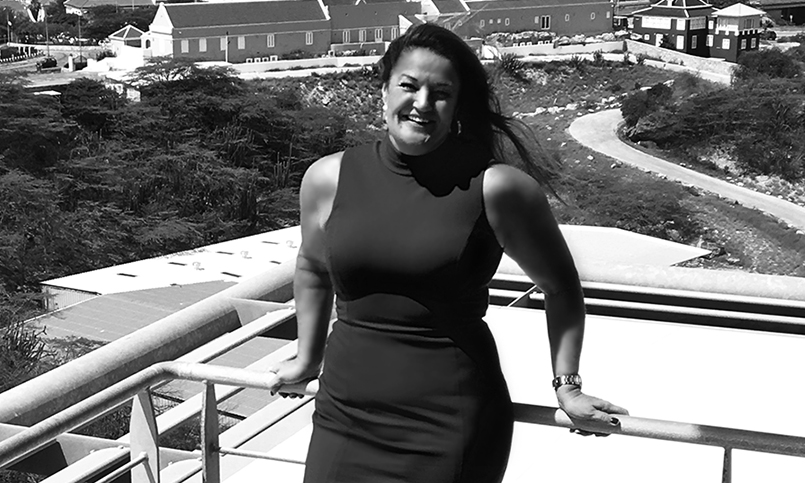 Paris Smith is in her eighth year as CEO of Pinnacle – one of the world’s largest and most respected online bookmakers. In a stellar career, spanning two decades within the betting industry, Paris has developed an unrivalled understanding of the functioning and direction of both the off and onshore gaming sectors.

The knowledge and experience that Paris has gained over the years has seen her advise governments (such as Antigua) on regulatory paths, as well as working closely with key service providers to ensure the gaming sector is adequately serviced. In addition to this, her expertise has enabled the organisations she has worked with to grow within the industry and increase their market share.

Paris’ career path began as Executive VP of WWTS in 1995, where she played a pivotal role in the success that saw the company sold to Betcorp Ltd. Following recognition of this success, she served as COO of the publicly listed organisation until June 2006. Her next move saw her join Pinnacle (formerly Pinnacle Sports) as COO of the Curacao based bookmaker.

Paris successfully managed the company’s aim of engineering a focus away from North America toward growth in Asian and European markets, and the huge organisational and technical restructuring this necessitated. Pinnacle soon recognised Paris’ efforts in the refocusing of the business and she was promoted to CEO in 2008.

In addition to overseeing Pinnacle’s core aim of building trust within the betting community through its integrity, its values and by providing a high level of customer satisfaction to complement its USPs, Paris Smith has been central to several organisational and operational changes in her role as Pinnacle CEO.

She has positioned Pinnacle as the benchmark in B2C bookmaking and built on the cornerstones of unrivalled risk management and unique value proposition for customers. The bookmaker has since solidified the reputation of when “Pinnacle moves odds, others follow”. With a current focus on regulation and a move toward B2B services, Paris is aiming to make Pinnacle the dominant force in both verticals.

Since becoming Pinnacle CEO in 2008, Paris Smith has successfully positioned the company as the benchmark in B2C bookmaking and built on the cornerstones of unrivalled risk management and unique value proposition for customers.

In addition to this, the CEO of Pinnacle has masterminded a great deal of change since taking up the position in 2008 and more recently, after the new majority ownership was confirmed in March 2015.

“I am extremely excited about working with our new major shareholder to realise a shared vision for Pinnacle Sports, which includes significant product enhancement and expansion into regulated territories. Though this deal denotes an important change for Pinnacle Sports, our customers should rest assured that the fundamental principles that make the brand so unique will not be compromised.”

Less than 12 months later, Pinnacle announced the award of a Gaming Licence by the Malta Gaming Authority Licence in March 2015. This move initiated further plans for expansion into regulated market, and the development of relevant B2B relationships.

“We are excited to have secured a licence from one of the most trusted authorities in gaming,” said the CEO of Pinnacle “The endorsement secures an important foundation for our aggressive growth strategy for 2015 and beyond.”

Another major change the Pinnacle CEO Paris Smith has overseen is the bookmaker’s rebrand from Pinnacle Sports to Pinnacle in June 2016. This change signified the future of the business whilst remaining true to the essence of the brand.

Alongside the change from Pinnacle Sports to Pinnacle, the bookmaker also purchased the Pinnacle.com domain and introduced a new dynamic logo to showcase Pinnacle’s sub-brands for sports betting, casino, eSports, mobile, affiliates and its B2B offering.

“Our customers, industry peers and team members have known Pinnacle Sports as ‘Pinnacle’ since we launched in 1998, so our rebrand is really just a natural evolution. We were already looking at refreshing the brand to reflect the growing family of betting verticals we offer beyond sports so when we had the chance to acquire the Pinnacle.com domain it was too good an opportunity to pass up”.

Under Paris’s guidance, Pinnacle was given the prestigious honour of being named the SBC eSports Bookmaker of the Year and EGR eSports Operator of the Year in late 2016. These awards highlight how the company has established itself at the forefront of the growth in eSports betting. Since Paris Smith became Pinnacle CEO, the bookmaker took its first eSports bet in 2010. In the years that followed, Pinnacle increased its eSports offering and took their 1,000,000th eSports bet in late 2014.

Although Paris Smith has been CEO of Pinnacle for less than ten years, she has overseen a whole host of changes that have drastically changed the bookmaker’s direction, image and reputation. Despite these changes, Paris has stuck to her word of maintaining the solid foundations the company is built on. There will undoubtedly be more grand plans for the future but Paris can certainly reflect back on her first ten years as Pinnacle CEO and be proud of what she has achieved.